Everyone at some point have directed the view to the sky and observed the clouds. You have seen them dark, white, thin, dense, others that produce thunderstorms, lightning, hail and up to imagine well known figures. For a better understanding of clouds, it is necessary to remember that water is in constant transformation, passing through three important processes: evaporation, condensation and precipitation, which together are known as the hydrologic cycle. Clouds are the product of the condensation of water when, through some mechanism-moist air rises and cools. It is important to clarify that clouds are not made only of water vapor as you might think, but also consist of water droplets and/or ice crystals that are suspended in the air by their size, shape and weight. Reigning time depends on the type of clouds forming in the sky, and for this reason, meteorologists are interested in the study of the structure and evolution of the same. In order to facilitate its study, scientists have classified clouds in different ways, for example, by its appearance and height to which are.

In terms of appearance, the clouds are classified into:

According to the height of the lower part of the cloud (base), are classified in: 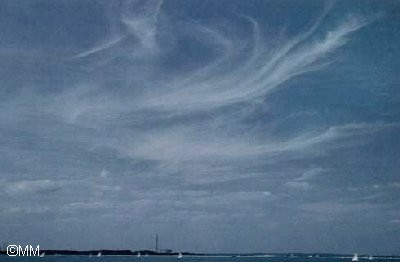 They are those clouds that have the base more than 6 km of altitude. They consist of ice crystals. 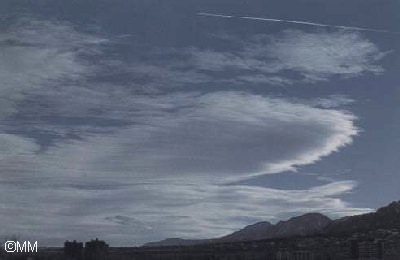 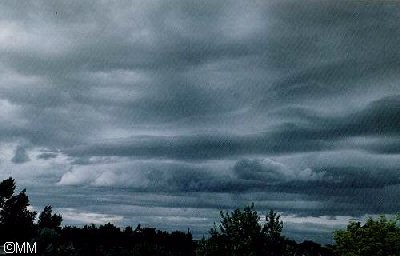 These clouds have the base about 2 km in height and are composed of liquid droplets. 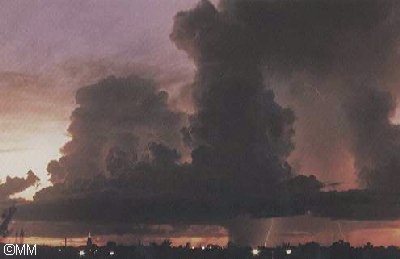 Clouds are classified into ten main types called genres, these in turn are subdivided into species and varieties, which will not be explored here, but you can follow this link to dig deeper into this topic. For this reason it is said that the clouds are like families, and each one of them has your name and surname.

Description and abbreviations of the ten cloud genres are: 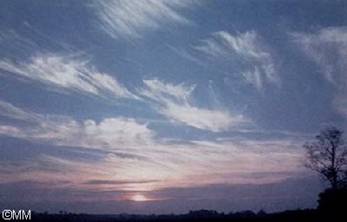 Clouds separate shaped strands white and delicate, or banks, or narrow white stripes at all or most. These clouds have a delicate, silky or fibrous and shiny appearance. 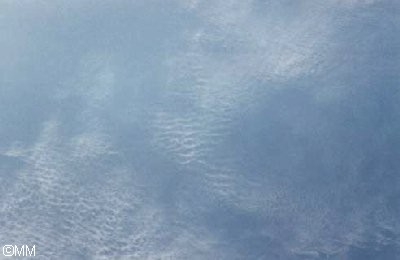 Bank, mantle or thin layer of white clouds, without own shadows, composed of very small elements in the form of globules, waves, etc. United or not, and arranged more or less regularly; most of the elements have an apparent diameter of less than a degree. They are signs of currents in Jet and turbulence. 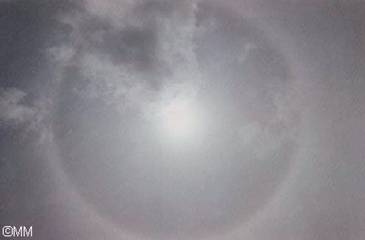 Cloud veil transparent, thin and whitish, fibrous (of hair) appearance or smooth, which covers totally or partially the sky, letting the light of the Sun and the Moon. They do not precipitate and generally produce phenomena of halo (solar and lunar). 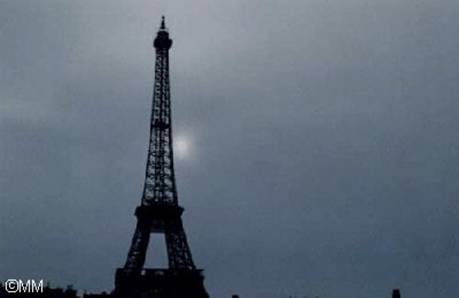 Mantle or grayish or bluish, cloud layer of a shape striated, fibrous or uniform appearance which covers totally or partially the sky and has parts thin enough to see the Sun at least vaguely, as through a frosted glass. It is composed of super cooled droplets and ice crystals; they do not form halos; they precipitate in a slight and continuous way. 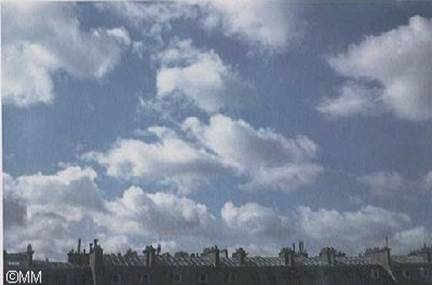 Bank, or mantle, or layer of clouds white or grey, or both white and grey, which usually have their own pad-shaped shadows, composite tiles, pebbles, rollers, etc. In appearance, sometimes partly fibrous or diffuse, agglomerated or not. They form the popular "paved sky". 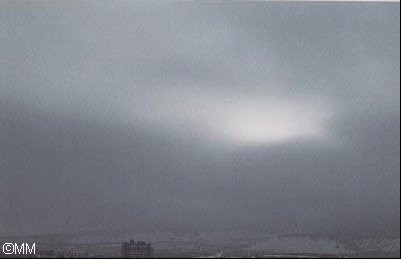 Very low clouds, originating from near the floor heights up to 800 meters. Arise in cloud layers usually grey, fairly uniform bases. When the Sun is visible through the layer, its outline is distinguished with ease. The stratus does not produce halo phenomena, except on some occasions at very low temperatures. They appear frequently in the mornings on mountainous areas. The mists and fogs are stratus that form on the ground. Precipitation which produces is drizzle (garuba). 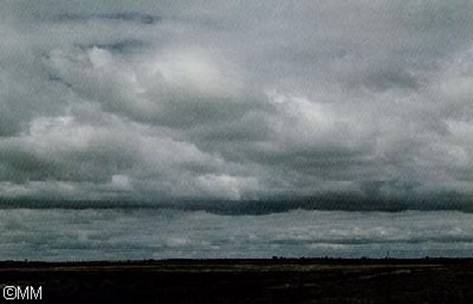 Bank, mantle or grey or whitish cloud layer, or both colors at once, almost always have parts dark, slabs, rolls, etc. Non-fibrous appearance, taped or not. Within this type of cloud the airplanes experienced some turbulence. 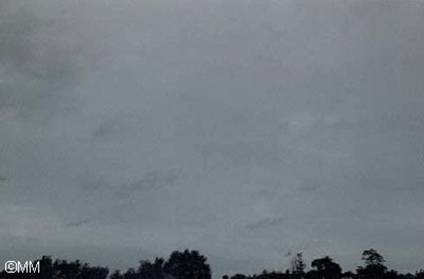 Layer cloud grey, often grim, whose appearance is veiled by the rain more or less continuous rain or snow, which, in the majority of cases, come to the ground. The thickness of these layers is in its entirety, enough to completely hide the Sun. It produced intermittent rainfall and intense sometimes. 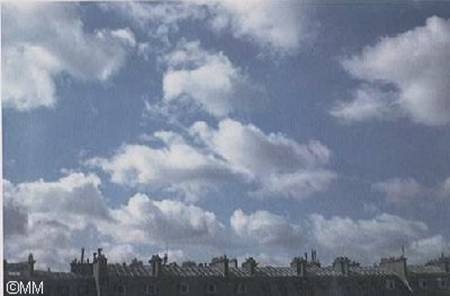 Isolated, usually dense and clouds of well-defined contours, which develop vertically in bumps, domes or towers, whose lumpy upper part often resembles a cauliflower or a corn popcorn. Lots of these clouds illuminated by the Sun, are almost always white and bright; its base, relatively dark, is almost always horizontal. They are very common on ground during the day and on the water at night. They can be of orographic origin or heat (convective). Rainfall is presented in the form of downpours. 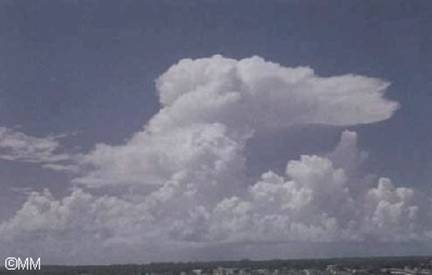 Dense and powerful cloud of considerable vertical dimension, in form of a mountain or huge towers. A part of its upper region is usually smooth, fibrous or fluted, and nearly always flattened, this part extends often in form of anvil or vast plume. They are the clouds causing storms, tornadoes and hailstones. The base is located between 700 and 1,500 meters above sea level, and tops (the upper part of the cloud), arrive at 24 and 35 km altitude. They consist of water droplets, ice crystals, super cooled droplets, pockets of snow and hail. The turbulence in the vicinity of these clouds is very strong, reason by which the aircraft should avoid them.

Is often classified to the cumulunimbus as a special type of cloud (clouds of vertical development), as by their vertical and features physical dimensions very particular, stands out from all the others; someones have given for calling it "the mother of the clouds".

It is relative, as if you were traveling to 40 km above the Earth's surface, the sky would see it totally black. The "white" light passes through our atmosphere, and the molecules in the air, mainly nitrogen, have the size just to disperse the light from the blue to the end of the visible spectrum. The other colors come to the ground with light interference. The blue light is scattered from molecule to molecule in the sky, until the light seems to come from all directions.

Water droplets comprising clouds are much larger than the molecules that scatters blue light. The clouds disperse and reflect all visible colors coming to them. That is why clouds are white. If the cloud is thick, light not can cross it completely, resulting in dark bases.